How top brands recoup the cost of rebranding their business

When it comes to the world of rebranding, brand visuals usually steal the show. As they are the most obvious elements of a rebrand, the new logo or headline grabbing ad campaign are often the focus. Look beyond a company’s shiny look and feel however, and you’ll find that rebranding is a process of many costs. 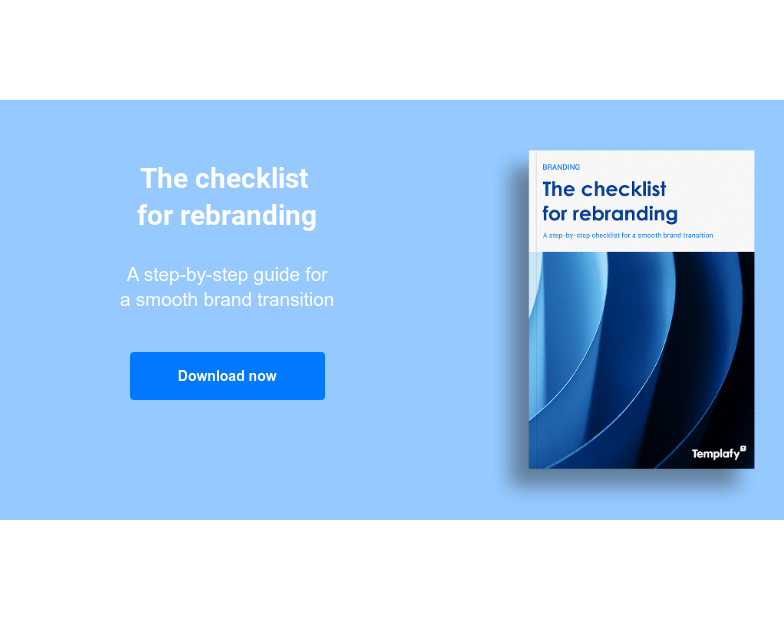 A few key rebrand figures to help explain this:

Although the cost of rebranding is company, agency and industry dependent, what all rebrands have in common is that there is something at stake - get your rebrand right and it’s an investment that can transform your brand personality, establish you within new markets and future-proof your business for the years to come. When it goes wrong or is poorly executed however, it can be an expensive exercise that yields poor ROI on rebranding or  becomes a reputation-damaging PR nightmare which impacts how your brand is perceived.

Knowing the risks is important, because in spite of the costs and the potential downfalls, rebranding is a necessary process, which will work in your organization's favor, as the following examples show.

Hitting the right note with millennials: the cost of rebranding for Burberry 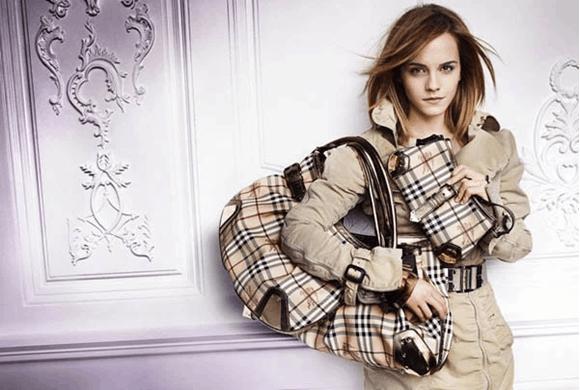 Cast your mind back to the early Noughties, and fashion brand Burberry was a brand in decline. Its eponymous Nova check fabric had become inextricably linked with British, working-class culture and sales were plummeting. Fast forward to today, via a savvy digital brand revitalization led by creative director Christopher Bailey and CEO Angela Ahrendts, and the fashion house reinvented itself as a major player in the luxury market.

So how did they do it? In this case, rebranding efforts didn’t involve a new logo design or color palette - they focused mainly on brand imagery. Aimed at fashion-conscious millennials, Burberry distanced itself from working-class culture by enlisting high-profile celebrities to help align the brand with a more high-end image. Casting talent from the realms of music, film and fashion - like Emma Watson, George Craig and Cara Delevingne, Burberry products started to feel young, cool and relevant again. 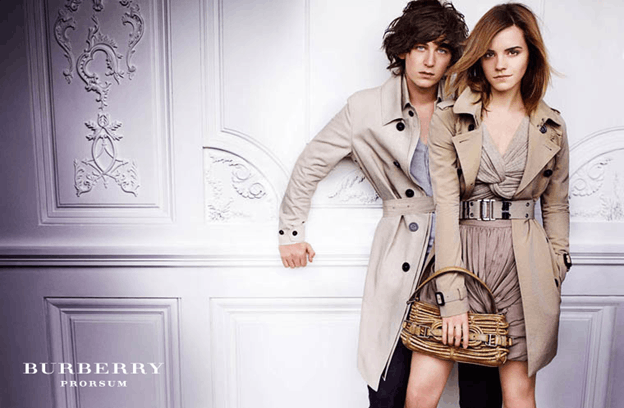 Burberry then took this new imagery direction and ensured it was consistently applied across online and offline channels. For instance, to coincide with its celebrity-focused billboards and glossy magazine ads, the company launched ambitious (and expensive) seasonal campaigns, like 2009’s ‘Art of the Trench’. Mirroring the infamous trench coat wearing celebrities and models, the campaign hosted a microsite where consumers could share photos of themselves wearing their Burberry trench coats and - in a precursor to Instagram - allowed them to appear as models on the site, while letting others admire their personal style.

By 2011, Burberry revealed that it was spending 60% of its marketing budget on digital, although at the time digital made up just 15 to 20% of media spending globally. The forward-thinking brand even designed its Regent Street store to reflect the burberry.com website, providing a consistent experience from digital to retail. 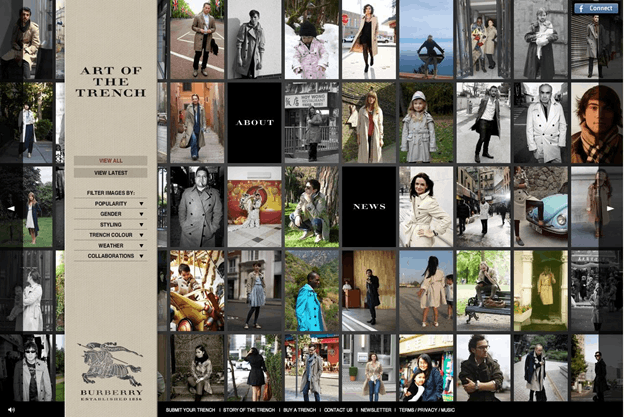 The cost of a rebranding project of this ilk is not cheap, and likely fell well within the millions - the luxury brand's 2018 Christmas campaign, for instance, is rumored to have cost more than £10 million to produce. However, the return on rebranding investment was proof that it was a worthwhile exercise. The company’s revenue catapulted from £743 million in 2006 to £2523 in 2015, while Burberry managed to expand its international reach to new markets like China. Between 2002 and the present day, Burberry share prices have also risen by 729%. 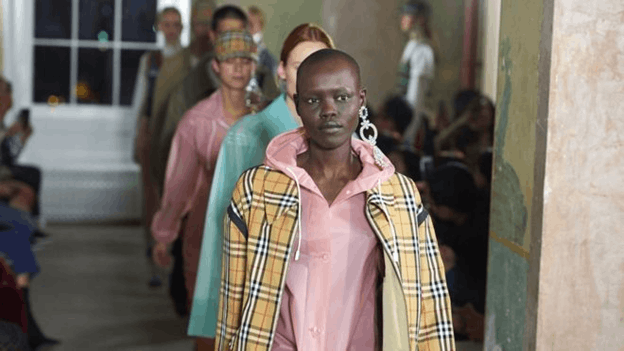 The rebranding takeaway: Be consistent. Repositioning itself in the luxury world was no small feat for Burberry. There was a lot to prove and a huge investment at risk if any aspects of its old brand world crept into new marketing efforts.

Burberry also made sure they had a solid understanding of how target audience behavior was changing. In the case of this heritage fashion house, digitally rebranding was a costly but worthwhile investment. It meant they were ahead of the game when the digital revolution fully took over.

Sometimes though, rebrands don’t happen when a company is beginning to see a brand become irrelevant, as was the case with Burberry. As one of the main purposes behind a rebrand is to reflect a changing marketplace and remain relevant to this, rebrands can sometimes be undertaken even when a brand is performing well. Arguably, this can be seen as a more risky move, as was the case with Instagram in 2016.

The outcry at Instagram’s rebranded logo

Instagram began life in 2010, and by 2016 it was already a social media platform which was seeing a lot of success – the number of users had hit the heights of 600 million and it seemed as though everyone and their dog had an Instagram account.

Not only was Instagram a platform for personal social use, but businesses were also beginning to use it as a marketing tool to showcase both their products, and their brand. For example, Ben & Jerry’s were using their Instagram account to both showcase their new ice cream products and also to enhance their brand identity. They achieved the latter by ensuring a consistent tone of voice with their other communication channels, and also through using the platform to share their brand values by highlighting and advocating for current social issues, as the company have always been vocal in their views on justice, equality and inclusivity.

There had also developed a new brand of Instagram user – the influencer. Instagram influencers use their accounts to create their livelihood, through creating content and producing sponsored posts which are shown to followers who can number up to millions. Instagram influencers make a huge amount of money through the platform, and as such, the rebranding had to ensure success as the popularity of the platform could otherwise take a serious hit with an impact on revenue. However, the flip side of this is that there was a support base who needed the platform so much that they would be likely to support a future-facing brand update.

At this time, Instagram’s icon was still the polaroid style camera picture it had been since the platform was launched. Other apps had taken moves to update to a more flat visual logo that was more focused on user experience, in line with the developments that Apple was making at the time and which other apps were taking note of as they rebranded.

Instagram’s strategy for a rebrand which they knew would impact a large number of stakeholders in their user economy was to ensure people were onboard by biding their time with the flat design trend, and waiting until many other companies had done it. Their next step was to survey users and ask them to draw the logo from memory. Instagram then made sure they were maintaining the elements of the old logo which were most memorable for consumers – the camera, the flash and the logo. Through maintaining the most memorable elements, they ensured customer buy-in.

However, when the rebrand was actually launched, it was met with a mixed response. As the logo and color scheme had changed quite drastically, users were claiming that they were unable to find it on their phones. It was apparent there was widespread dislike for the icon, which overshadowed the changes to the user interface such as the removal of the color blue so that photos could stand out more, and the better integration of Instagram’s other features.

Although the response to this rebrand was initially strongly unfavorable, the reaction quickly died down. As Instagram was a platform that continues to be incredibly widely used, with 1 billion users worldwide from 2018. Since the rebrand, Instagram's ad revenue has also soared, from around one billion dollars per quarter in 2017 to nearly 6 billion by 2020. It's clear that  nowadays, Instagram’s controversial rebrand is long forgotten, and it’s unlikely the initial negative backlash had any lasting harm. Instead, there is now a brand with a visible appearance which is suitable for its continued developments and digital advancements.

The rebranding takeaway: the important lesson from this rebrand is that it’s worth taking the risk to rebrand even if you’re a successful organization – outdated logos and design can’t help your brand get to the next stage, and can even hold you back if they’re inconsistent with what your platform is about to develop. Rebranding to a logo which has a less than optimal initial reaction does not mean it will lose popularity if your brand and product is strong enough, and a negative reaction won't necessarily have a lasting effect. The risk of the cost might just be worth it for future success.

Read next: Why a brand style guide is important: lessons from 4 leading brands

How can you ensure ROI on your rebrand?

You can spend tens of millions on celebrity-led campaigns, or hire a leading design agency to create the perfect logo, but you need to ensure effective execution and roll out to achieve the ROI on branding. If Burberry’s social media team were distributing old brand images on their channels, there would be a disconnect from pricey billboards and magazine ads. Similarly, if Instagram continued to use their old logo or user interface on communication materials, it would cause confusion and more of a backlash as customers are confronted with two different identities. Strong brands are built on consistent brand experience: the return on investment can only be secured if there is a consistent brand experience.

And a consistent brand experience really does mean consistent - it means ensuring your branding is aligned across every single point of contact. It means getting rid of every element of outdated branding, from the pens bearing the old logo that are still littering the office, to checking the branding in every email signature and ensuring it's updated accordingly.

We realize that ensuring every possible branding touchpoint is updated can be a time-consuming task. The checklist for rebranding goes into more detail about how you can ensure all bases are covered to truly make the most, and reap the benefits, of your rebrand.

Rebranding: the key elements to remember when updating your identity

What do Mastercard, Discovery Channel, Slack, Staples, and Zara have in common? Not only did they all feature on last year’s long list of company rebrands, but they were also the most talked-aboutfalse

Moving with the times: the importance of agile branding

A man who knew a thing or two about brand thinking once proclaimed “Design is not just what it looks like and feels like. Design is how it works.”

What drives success in business? According to recent PWC research, one answer lies with a strong corporate identity. In a survey of 720 executives, companies that were seen as having a strongerfalse