Hiring outside of the box: recruiting the Templafy way

To celebrate our New York office turning one, we recently caught up with Managing Director Emil Dyrvig to get his insider’s take on Templafy’s first year stateside. In the interview, which covered everything from building a unique internal culture to his team’s plans for 2020, Emil also talked about Templafy’s “unconventional” recruitment process: a key strategy for onboarding and nurturing the extraordinary talent that’s driven growth and taken Templafy worldwide.

The main premise of this unconventional hiring approach is that cultural fit and individual skill set come first, rather than specific industry background and credentials. This means Templafy is made up of a team with incredibly varied career backgrounds, each bringing a unique contribution.

We spoke to Magda, Jean-Marc and Xavier - a few of our “unconventionals” - to hear about their experience transitioning into the software industry, and how hiring outside the box has worked for them. 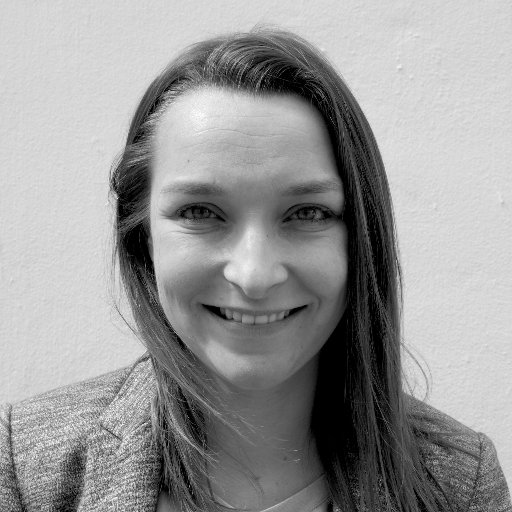 Although today Magda works overseeing complex, large-scale operations with a global portfolio of clients, her background was far removed from the world of software when she applied for her first role at Templafy. Following a law degree, her career spanned various roles, including working in a law practice exchanging property contracts, legal headhunting, and research project management. This diverse background is something she credits for both attracting her to Templafy and influencing her progression within her team.

“When I first came across Templafy, despite having no direct experience of working in software, I instantly connected with the product. What really spoke to me was being able to understand the problem they were looking to solve. Having worked in companies of various sizes, from startups to global enterprises,  I was more than familiar with the challenges Templafy was looking to solve: hard-to-find documents, brand inconsistencies and the painful process of working overtime when people duplicated work or had to create lost documents from scratch.

The way I approached people was influenced by being able to see the product from a client’s perspective as well as from a Templafy representative’s perspective. I could relate to client’s challenges and talk them through the product in a personable way, which I soon realised was really effective. It definitely helped shape my signature sales style.

Having never worked in the software sector, the idea of “tech sales” did seem a bit daunting at first, but I was able to get to grips with the product itself really quickly. Templafy offers highly sophisticated solutions, but it’s also very user-friendly as a platform, so it’s easy to get your head around. There was a lot of learning on the job, but having started out at an entry level position and worked my way up to my current role, I now have incredibly deep product knowledge -  I could probably tell you all about how Templafy would benefit your business in my sleep (this may or may not already happen sometimes!)

Plus, I soon realized I wasn’t coming into the job cold. I was constantly applying and building on all the transferable skills I gained from a career outside the software industry - whether that’s negotiation tactics I picked up at legal firms, maintaining motivation and drive in highly competitive spaces in the executive search field, or using relationship building strategies in client-facing roles.

Experiencing different industries and businesses before joining Templafy helped me appreciate the company’s working culture. There’s a big focus on work-life balance, which a lot of companies talk about, but Templafy really lets you experience it. It’s a very flexible working environment where you’re given freedom and support in equal measures so you can work in a way that suits you. It’s effective and means I get to spend more time with my family, friends and Polly (my dog).

It was also clear from the very beginning that I had joined a company structured to help people succeed. Templafy hires ambitious people for a reason - because they expect them to get promoted, and they want them to move up and find what they like doing within the business. That comes with a lot of opportunities. For me, those opportunities came in the form of progressing through the company, being part of the Copenhagen team that helped Emil set up the NYC office, and travelling. Travelling is really important to me, as I am from Poland, grew up in The Netherlands, studied in Scotland and worked in England. Since arriving in NYC, I’ve already headed out to Chicago, Austin, Toronto and back to Europe on business.” 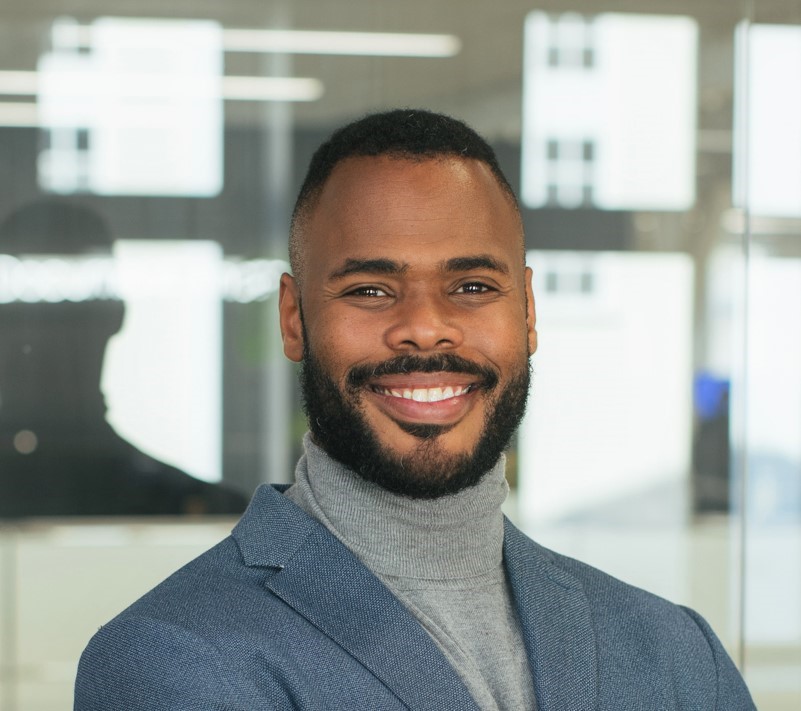 Like Magda, Jean-Marc Chanoine, our Global Head of Strategic Accounts & Legal Counsel, also entered the job market after completing law school. However, his career took a very different turn. At 24, after finishing his studies at Georgetown Law, Jean-Marc joined the Navy and spent five years in the military serving in the US Navy JAG Corps.

After leaving the Navy, Jean-Marc moved to the west coast and earned an MBA from Berkeley Haas School of Business. After his MBA, Jean-Marc got snapped up by Accenture as a Senior Strategy Consultant where he specialized in contract lifecycle management. It was a move that brought him to NYC, and lead him to the Templafy team.

“I was shopping for software for a large pharmaceutical company and my research kept leading me to Templafy. Looking into the product, I had the sudden realization that the hard part was not the implementation of the workflow portion of the Contract Lifecycle Management tool (which is what I’d been hired to do), it was document assembly - particularly in the wake of GDPR. Templafy seemed like an excellent solution to this document assembly problem and I decided to take my talents to Templafy with the dream of conquering document automation.

Repetitive tasks, in my unscientific calculations, take up almost half the time in the document creation process and any solution that could help with this would be a winner. I could see that Templafy was an obvious answer to these million dollar problems and I saw an opportunity. I wanted to be on the side providing the solution. I reached out to the senior team at Templafy directly, threw my hat in the ring and in January 2019 joined the team as Strategic Account Manager & Legal Counsel.

Getting into software sales for the first time was very much about learning on the job, but it was instinctive. Coming from Accenture (which is pretty much a tech company), I found Templafy’s platform easy to understand, but what I had to learn quickly was the best way to sell it. In addition to the skills I’d gained from previous degrees and jobs, what I’d fundamentally learned at Accenture was how to come into a situation and either fix things, or break them if they needed breaking, and help businesses streamline their processes. Even though I didn’t have a background in software sales, I was more than qualified to work out a solution to a company’s problem and sell that idea.

Through support from my colleagues, who worked with me on everything from sales exercises to standard industry practices, and a high level of dedication and tenacity on my part (not to mention a monumental amount of demos), I quickly started to master sales techniques. With the help of my colleagues, in October this year, I was promoted to Global Head of Strategic Accounts & Legal Counsel.” 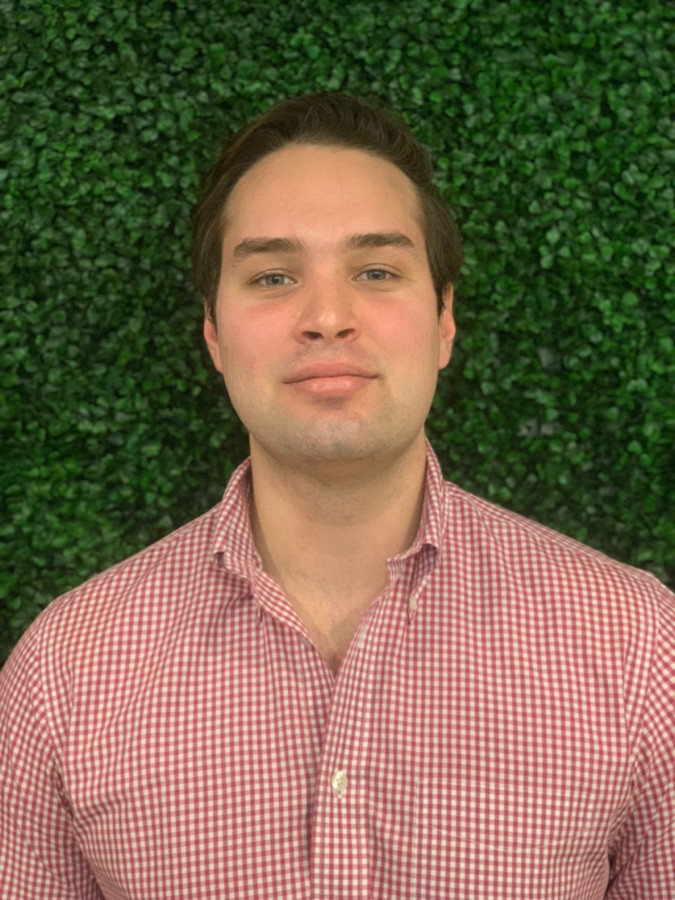 For Xavier Marcos, an Enterprise Business Development Representative, Templafy’s flat structure also served as a key facilitator for success with a background that wasn’t specifically software-focused.

Almost fresh out of university, Xavier joined us this summer from The University of Dayton, where he’d completed his degree in Entrepreneurship and Finance, alongside an internship at Morgan Stanley. Already making his mark in the New York team, Xavier didn’t originally set out to conquer the software industry, but we’re glad that he ended up here.

“To be honest, I never planned to start my career as a BDR at a software company - but it’s worked out better than I could have imagined. Both my parents are entrepreneurs, moving from Ecuador to Miami to set up their own businesses, so from a very early age I got a taste for the hustle of the commercial world.

Inspired by them, and driven by an entrepreneurial spirit I’d clearly inherited, my degree was pretty much focused on getting me into the financial sector. During university I remember there being lots of pitching and presentations, which, in hindsight, would have been seriously useful for what I do today, but I’d never even thought about working in sales.

After my degree, I moved to NYC. I love Miami, but for me there’s no place to be but New York when you’re young and want to establish a career. It’s so fast-paced and you’re constantly meeting new people. Your network of colleagues and friends grows at a crazy speed. Suddenly you’ve got contacts in finance, consulting, tech - there’s just no other network like New York City. Shortly after arriving here, I was headhunted to interview for Templafy.

On first hearing about Templafy’s proposition, I definitely found it interesting. Having spent the previous summer interning as an Institutional Consulting Analyst at Morgan Stanley, I’d become very familiar with document-heavy processes. Let’s just say, if we’d had document automation tools at our disposal on my projects, I’m sure some of my work days would have finished earlier. But it was actually my initial interview at Templafy that caused me to defect from finance to software. My manager was so real and passionate about what he did and I realised that’s exactly what I wanted. The office had such a buzzy energy, you could see everyone was really motivated and driven, but it also felt like they were having a good time. I left the Fifth Avenue HQ knowing that’s the place I wanted to work.

Templafy’s flat organization has meant I’ve always had constant communication with the people above me, from my very first day coming into the business with no experience of software sales. Everyone talks to each other on the same level, so you’re constantly learning, being inspired and aiming to succeed. I’ve found this trust and confidence in employees applies to other areas of work too. You never feel like you’re held back or you can’t approach your team with an idea you think will work. For example, I noticed we hadn’t expanded to the Latin American market yet, so pitched the idea to my manager. He was completely supportive of my idea and was just like ‘Go for it, see what you can do’. There’s no politics, so I’m constantly flexing my entrepreneurial drive and going after the things I really want.”

Templafy is always on the look out for motivated and talented team players. You can find out more about career opportunities at our New York, Copenhagen, Eindhoven and Berlin offices here and keep an eye on our LinkedIn page for regular updates!

Our New York team is growing fast. With the team rapidly expanding and our platform capturing more of the American market, we are excited to announce Templafy’s new hire: Greg Sheppard, who will befalse

Kavita Herbert is Templafy's newly appointed Director of Sales for APAC, responsible for leading the commercial growth in the region and ensuring stand out service for its APAC clients. Based infalse

How Berlin does business with Henk Prinsen